JUCONI’s workshop programme has been successfully implemented and is now being rolled out and welcomed by teachers in other primary and nursery schools in Puebla, Mexico. The utmost importance of working with teachers in the first instance has been recognised by school principals and encouraged them to seek guidance from JUCONI. Throughout the workshops, JUCONI has helped teachers to understand what safe spaces are, the requirements for them to exist and to reflect on how change and security start with themselves.

During one of the workshops, a participant commented that the content of the course was really focusing on teachers and helping to develop self-care tools that made them feel safe, so that they are able to replicate similar behaviour and conditions with their students.

Each workshop includes five base sessions, with two additional sessions for case studies, which are optional. They occur on a weekly basis or once every two weeks and have a duration of 1hr. 40 mins – 2 hours. They usually take place in the mornings/early afternoons or at a time suited to school timetables and teacher availability. During the pandemic, the workshops were online, but since the beginning of 2022 JUCONI has been able to have in-person meetings. A trainer from the JUCONI team runs the sessions and is sometimes helped by a college student doing community service. 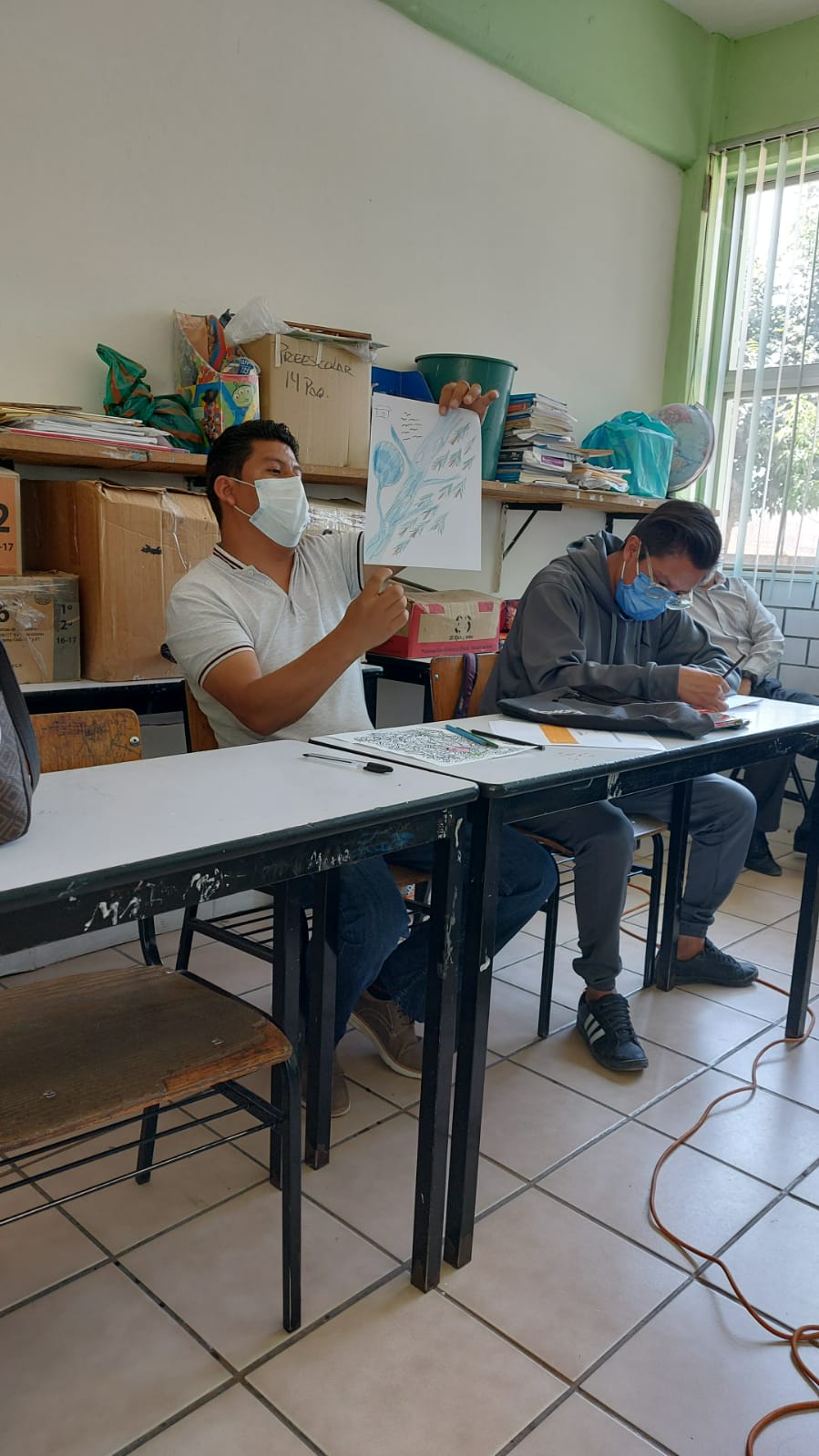 The content of the workshops includes explanations and elements of a safe environment and a set of tools for teachers to implement in terms of their personal safety both inside and outside the classroom, alone and with their students. In addition, teachers learn that a safe school environment does not only involve physical safety, but also psychological, moral and social. Some of the tools that teachers are introduced to are; the ‘emotions thermometer’ with illustrations of emotions, a ‘safety plan’, gaining access to the community + community activities and specific plans of action.

Five schools will have received the workshops by the end of the second semester of 2022, amounting  to a total of nine schools for the year. This includes three primary schools, with thirty five teachers undertaking the training and approximately 1064 children benefitting. The workshop has already been implemented in one nursery school, with nine teachers doing the training, and 177 children benefitting. The other nursery school will implement the workshop starting in mid-November and finishing in January 2023.

The response from the schools has been great and the reputation of the workshops is spreading. JUCONI also provides smaller workshops for caregivers, which consist of three sessions where topics such as emotions, positive parenting, and effective communication are included. These in-person workshops aim to be dynamic and show caregivers the importance that the first years of life have on a child’s development so as to raise awareness and promote a loving, caring upbringing. In the second semester, JUCONI carried out workshops in three primary schools and one preschool, impacting a total of 352 caregivers.